Mediation is one of the most important ways to reach agreements with your coParent, especially with communication is difficult.
(3 minutes 31 seconds read)

Hon. Sherrill Ellsworth (RET)
Judge Ellsworth was one of the court's most respected and admired bench officers. She retired from the bench to focus on having a greater impact on today’s families by making our courts more accessible, effective, and efficient.
On May 10, 2018 | Blog, communication, mediation

I recently sat recovering from a broken arm and surgery in a room where two of my granddaughters — Adele, age four and Vivienne, age two — had gathered to play with wooden blocks to build castles.

From my perch, I watched as darling Adele greedily gathered as many of the blocks as she could in one corner of the family room. When Vivienne did not have enough building supplies, she complained to her older sister who returned fire by grabbing a few more from the pile. Carefully, Vivienne plotted her strategic revenge. With the prowess of a lioness, she pounced on the “almost finished castle” and kicked it to Kingdom Come as it were.

The mutual tyranny, upset and squawking of the toddlers drew the attention of a busy and occupied parent who swooped through the room with a stern warning and said, “Either FIGURE IT OUT or you both lose and the blocks get put away.”

The girls couldn’t figure it out on their own. Their dispute kept both their castles in disarray and disruption. Both sisters were agitated in a heightened state of anger. Enter patient and loving aunt. The mediator. Auntie spoke to the girls together, laid the groundwork for resolution, then separated the toddlers and listened to complaints and desired outcomes of each side.

With a listening ear and a talent for thinking creatively, the mediator assisted the sisters. They were able to modify their wants and needs and incorporate other building materials, ultimately resolving the conflict. The sisters continue their play for hours with a different tonality; they would trade and barter instead of destroy and holler.

The afternoon was saved by Auntie the mediator and the need for intervention from a parent obviated. The court is like the parent that has many obligations and is running under-resourced, trying to satisfy the complicated needs and wants of the litigants within the law. All of this is to be accomplished within the pieces of time allotted to each court in each county. Our family or domestic courts are burgeoning at the seams with fractured families, co-partners, attorneys, self-represented litigants and lawyers, all making a grab for the blocks trying to build a safe castle for their respective wants/needs or clients’ wants/needs.

These proceedings take place at rapid-fire adversarial proceedings. More often than not, each party leaves feeling that they have received less than their fair share. They may feel they haven’t been heard or that the critical piece of evidence or information necessary to prevail wasn’t correctly understood. When both parties are wholly dissatisfied, that sentiment too often plays out like the toddler scene previously described with turmoil, upset and dysfunctional aptitudes of parenting.

Mediation with a qualified mediator can help the parties take a “beat.” Slowing down, diminishing the acrimony and winding down to levels of appropriate communication. A mediator is neutral like the “Auntie.” That neutrality is a diffuser, since neither side is, at least while mediating in an adversarial proceeding.

The good mediator informs the participants of the ground rules while carefully describing confidentiality, professionalism and cordial rules of engagement, such as no interrupting. The mediator may bring the parties together, see them separately or a combination of both, in a focused objective. Both sides are assured that their concerns, desired outcome, positions, and complaints are fully vetted and understood.

The mediator then can further assist by opening the discussion up to possibilities through creative problem solving and effective communication between the parties. The mediator can parlay the offers of resolution or settlement between both sides in an effort to help massage the parties into a child-centric view.

A mediator matters because sometimes the level of discord is so stymied without intervention that the parties can not see an end to the battle, to the fight, to the challenges of coParenting. Mediators give hope to the war-worn and give guidance to those who just need some tools in their toolbox to better resolve their disputes. Mediators save emotional and financial currency and are incredibly effective in resolving all manner of disputes privately, professionally and with dignity. 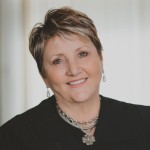 Judge Sherrill A. Ellsworth is the Past Presiding Judge of Riverside County, California, a Judicial Educator and former Family Law Judge. After 20 years on the bench and more than 30 years in the field, she has earned a reputation for being a straightforward, no-nonsense, fair judicial officer. A broadly talented jurist and settlement expert, Judge Ellsworth has effectively handled complex civil litigation cases, family law, felony criminal trials, probate and general trials throughout her 25 years of lawyering and judging. Judge Ellsworth was one of the court's most respected and admired bench officers, earning the trust and revere of her colleagues and the lawyers who appeared before her. She retired from the bench to focus on having a greater impact on today’s families by making our courts more accessible, effective, and efficient. That’s why she founded coParenter.
View all by Hon. Sherrill Ellsworth (RET)