Karen Bonnell
Karen is a coach that has over 25 years of experience working with individuals, couples, and families facing transition, loss, stress, and change.
On December 12, 2019 | Blog, co-parenting, Coparenting, holidays

We want to talk a little bit about children and “Custody”.  As child-centric coParents and allies, we need to shift the language from “Custody” to residential schedules or simply coParenting schedules.  Children aren’t in CUSTODY! That’s old litigation language that implies ownership and prison more than the beautiful act of spending time with your kid(s).  Okay now back to your regularly scheduled programming.

Can’t imagine a holiday season without your kids? You’re not alone!

In the early months and years of separation and divorce, there’s so much loss and change, most parents put their foot down in a few precious places, like birthdays and holidays. Similarly, children are also reeling from the changes and do their own clinging to the familiar. Wise coParents create schedules that allow kid time with each other in some fashion on special days, particularly during those first 2 – 4 years of adjustment.

These short-term coParenting schedules can include agreements about welcoming the non-holiday parent to spend time with the children as they open their Santa gifts at the holiday parent’s home. Other parents divide each holiday to ensure that they both have a special experience with the children such as rotating who has first-night seder and who has second night each year.

Child-centric coParenting holiday schedules often involve both a short-term schedule for the first 2 – 4 years of two-home family life that easily convert to long-term schedules that allow each parent the opportunity to travel and allows kids to settle. This is not to say that parents don’t continue to invite each other to join in holiday activities or follow their short-term schedules when that makes sense. They do!! And, it’s by choice, not by stipulation in a parenting plan.

Skillful coParents find their way to keep kids central without stretching them across the middle and without conflict. If you have questions or want help in navigating the holidays, don’t hesitate to reach out to a coParenter Mediator. They can assist with making holiday schedules or give you one-on-one coaching to help make sure this holiday is a great one for you and your family. 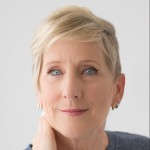 Karen is a coach that has over 25 years of experience working with individuals, couples, and families facing transition, loss, stress, and change. A graduate of the University of Michigan, Karen has been Board certified and licensed as an Advanced Registered Nurse Practitioner since 1982. She served on the faculty of University of Michigan, Eastern Michigan University & Seattle Pacific University before beginning full-time private practice in 1984. She continues to be a provider of Professional Continuing Education to both health care and legal professionals. Karen served on the Board of King County Collaborative Law and Collaborative Professionals of Washington. She is a member of the International Academy of Collaborative Professionals and Academy of Professional Family Mediators. Her work is found through Unhooked Books: https://www.unhookedmedia.com/#home.
View all by Karen Bonnell | Website